Since 2006 is built at Berlin East Cross, a station of suburban railway. After some years of careful planning and many tunings between the German Railway, the Federal Government and the Berlin Government the planning permission for the change of the east cross is present since 2006. Since February 2006 already extensive build-preparing work was implemented on the basis of two plan permission. Until 2016 the largest cross of local traffic in Berlin will be developed again. The station is most strongly frequented point of transfer in the suburban traffic net of the German capital.

The station was opened with the city train in 1882 under the name Stralau-Rummelsburg. It was given its present name in 1933.

The east cross is in need of rehabilitation for decades. Already since beginning 20th century were again and again plans to the change, in order to make the important railway junction with its stairs and angles better usable. 1937 the world war destroyed the plans for change. In the GDR time the heavily destroyed station was repaired only provisional and held. In the long run the East German Railways shrank from the complexity and the high costs – the station remained without substantial changes and received to the pointed name „rust cross “. Only with the re-organization of the rail network after the turnaround the plans of change did take shape. The station east cross today partly stands under monumental protection. So for the intended reorganization of the station complex compromises must be entered for the receipt of the historical building stocks.

The renovation works will have some changes for the railway traffic. All courses city inward drive from one platform; all courses out of town from another platform. At the tracks of long distance traffic on the ring and the line to Frankfurt platforms for regional traffic will develop. At the same time with the change of the station east cross also the eastern line will be extended from Lichtenberg to east cross in a separate project and receives in the east cross two outer platforms.

The re-organization of the tracks means a transformation of the railway facilities from the east station to the city train stations Rummelsburg and Nöldnerplatz as well as between Treptower Park and Frankfurt Avenue on more than three kilometres on the metropolitan railway and a kilometre on the ring course.

Altogether the east cross will have construction work on a distance of 15 kilometres, at 10 railway overpasses and one road flyover.

On 31st of August 2009 ends at the east cross the completion of the new long distance tracks of the ring and the line to Frankfurt as well as the new regional platform. The city train on the ring will use this platform during the construction work for the new city train platform in the next years.

In the course of the track construction works on the new bridges of the regional platform those became inserted a protection for the bridge in July 2009 by DAMTEC® SBM K- sub ballast mat on a total area of 1.400m². In close coordination with the German Railway all necessary requirements could be fulfilled at short time and installation plans could be provided.

DAMTEC® SBM K is an insulation mat for rail constructions under ballast or in mass spring systems. This mat is for reduction of structure borne noise, acoustic emissions and for shock absorption. The lifetime of the ballast can be extended through less and more regular strain in the ballast. 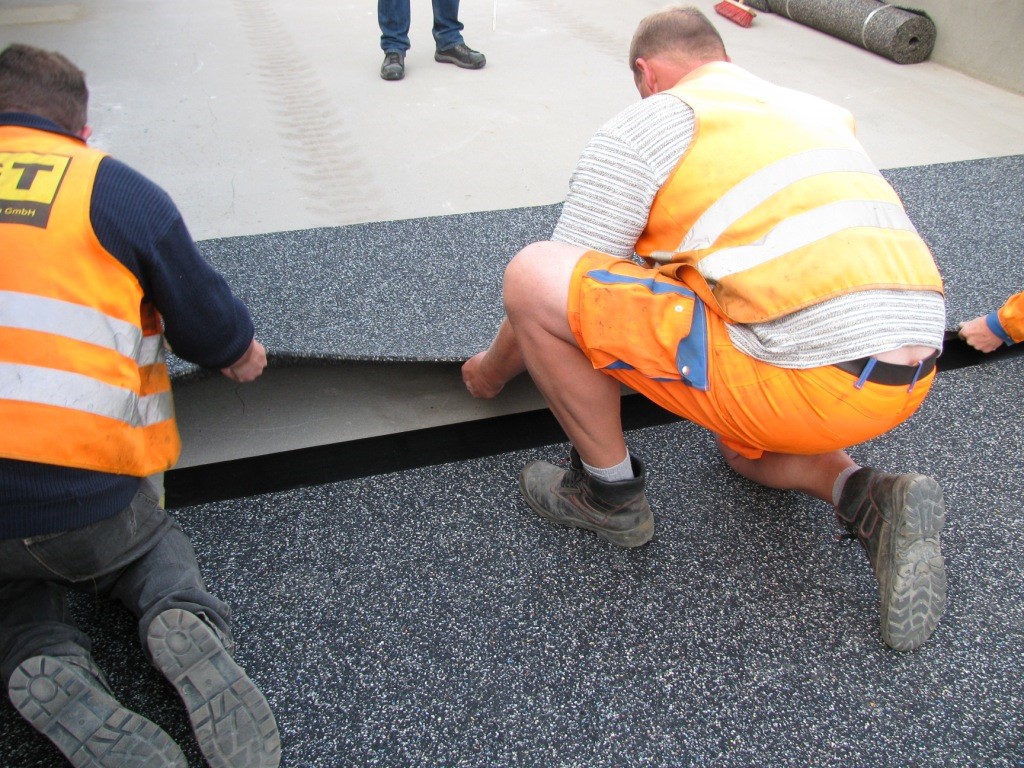 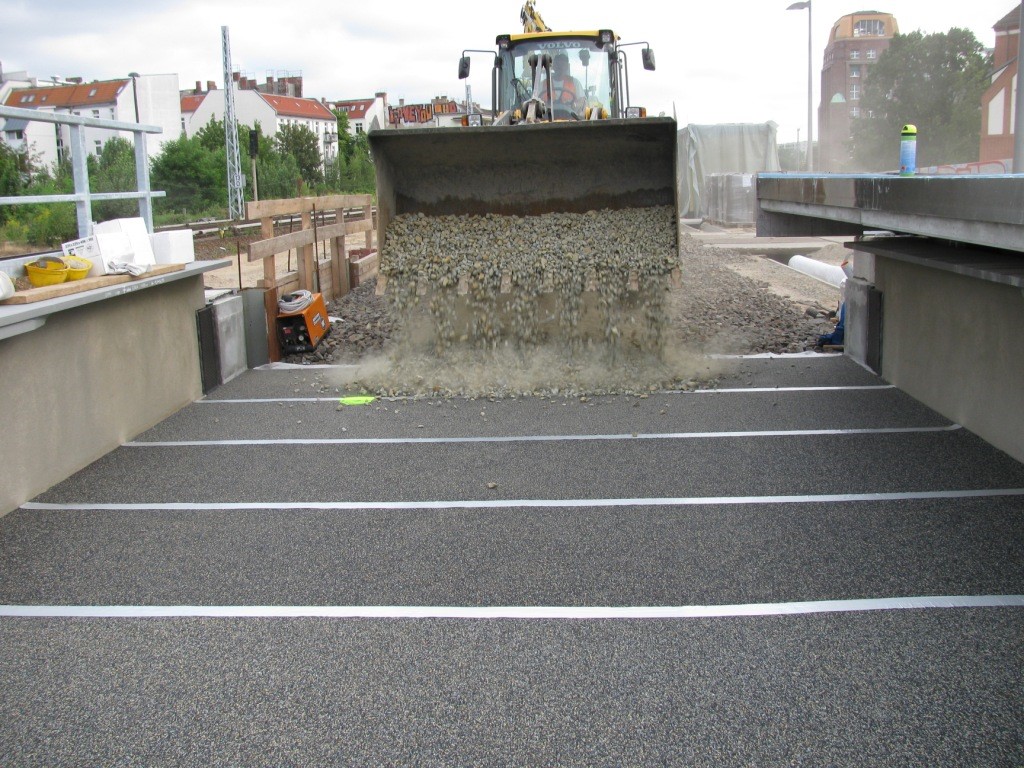 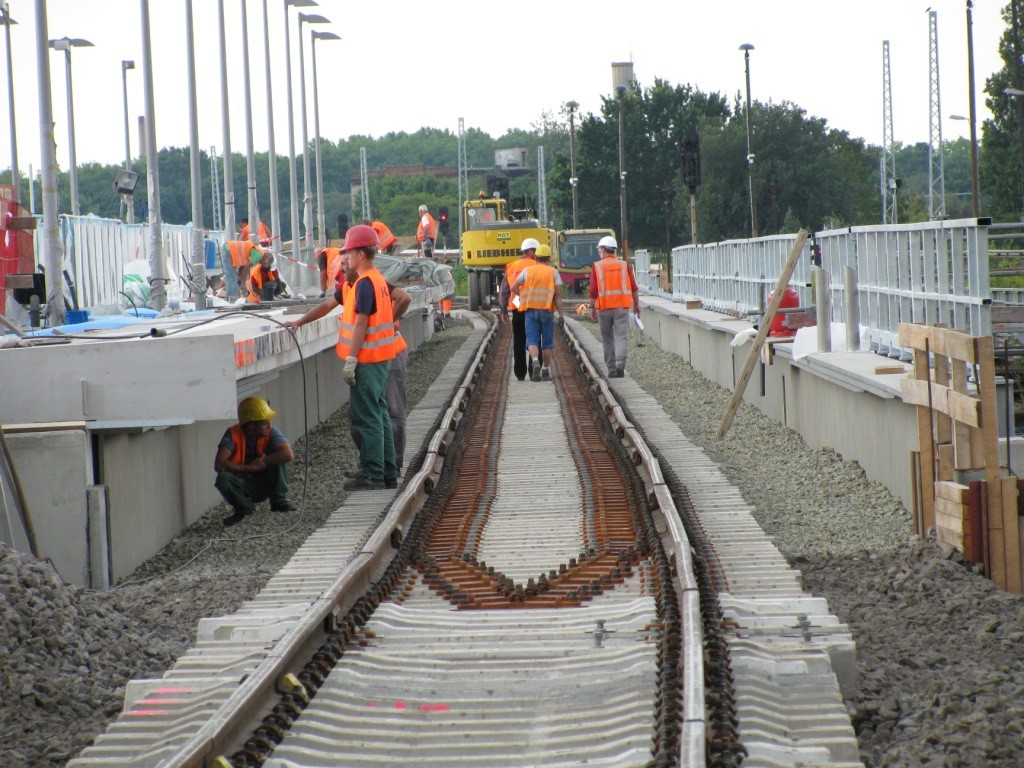